Introduction to the History of Cognitive Neuroscience (Part 2)

Ok, so last post I described the first part of the history of methods in the cognitive neurosciences, when behavior goes wrong, then finding out what's wrong with the brain. For this section, I'll be discussing when we intentionally damage, or directly zap the brain. Before you get too creeped out, this has mostly (the mostly is important) been done on non-human animals. There are ethical issues with animal research, which have been noted and struggled with since the beginning of animal research. Marshall Hall, a pioneering researcher, laid out several principles in doing animal research (in 1831). These principles are pretty much in place now. How are they applied? For example, principle 4 ("Justifiable experiments should be carried out with the least possible infliction of suffering (often through the use of lower, less sentient animals") applied means that if we are studying individual neurons, we should study the simplest creature possible, whereas if we are studying, say, the visual system, we should study the "lowest" animal that is comparable to humans (in this case, the cat). All the while, we should make sure the animals are as comfortable as possible.

So, where should we begin? The first psychologist was not a psychologist at all, but a German physiologist named Gustav Fechner. Whereas Descartes thought that the brain communicated with the body through a series of tubes (that's right, Ted Stevens), Fechner demonstrated that it was electricity. Not only that, but he showed that it took time for the brain (of a frog) to communicate with its leg. It was previously thought that brain-body communication was immediate. But now, it was a very very very short amount of time. But that instant could now be measured. And Fechner, and his fellow German physiologists went about measuring the relationship between the physics in the world (like light, or sound, or electric shock) and our psychological experience of the physics. Now that each could be measured, we had a psychophysics. Fechner was born in 1801, and so most of this work was in the early and middle 1800's. 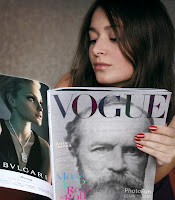 Of course, there were skeptics about the use of zapping a frog in explaining the human mind. William James himself wrote (in 1907, in On Pragmatism):

Many persons nowadays seem to think that any conclusion must be very scientific if the arguments in favor of it are derived from twitching of frogs' legs—especially if the frogs are decapitated—and that—on the other hand—any doctrine chiefly vouched for by the feelings of human beings—with heads on their shoulders—must be benighted and superstitious.

But there were now neurons, and soon there would be neurons working together. Donald Hebb, and much later, Eric Kandel, began to discover the way, at the cellular level, that neurons communicate and remember. As the decades went by, different animals (from sea slugs, to cats, to, in very rare cases, monkeys) had different parts of their brains surgically changed, and their behavior was recorded. A map of the brain was beginning to emerge.

I'll mention a few more cases of changing the brain, then observing behavior. The first was an experimental  surgery to relieve extreme epilepsy. It was 1953, and 27-year-old Henry Moliason was referred to a reckless doctor named William Beecher Scoville. Henry's epilepsy was localized to a structure in his brain located in the middle of his temporal lobes, on the side, tucked underneath. Scoville removed an entire section of his brain around this area, and thereby improved Henry's epilepsy. After recovery, Henry could see, hear, walk, talk, breathe, eat and drink just fine. But he needed to be institutionalized for the rest of his life. Why? Because Scoville unwittingly removed Henry's ability to make new memories. Someone could go into Henry's room, meet him, leave, wait a minute, then reenter and meet Henry again. For Henry, it would be "for the first time". Later studies showed that Henry could learn new skills, but would never remember having practiced them, so the memory damaged seemed to be only his conscious, or explicit memory.

In the past decade a new technology has allowed us to selectively "damage" human brains, but only temporarily. Imagine applying a little shot of anesthesia and paralysis to a certain small group of neurons and seeing what happens. This is exactly (ok, not exactly, but close enough) what transcranial magnetic stimulation is able to do. Zap Broca's area with a targeted magnetic field, whammo, you can't talk. For a few minutes. Then you are fine.

While Henry Moliason (or Patient HM, as he was known for most of his life in the memory literature) was a uniquely tragic, yet informative patient, for over a hundred years, cognitive neuroscientists have been changing the brains of animals and observing and recording the ensuring behavior. This has given us tremendous insight into how the mind and brain are linked, from organization of the visual system, to different memory systems, to systems of how our brains control our muscles. With the progression of technology to TMS, we are now able to very selectively "damage" human brains, and observe the associated behavior. But this is built on an increasingly detailed map of the brain, which in turn was surveyed using thousands of human and animal studies.
at 7:57 PM

Whether you are trained in the field and did such an admirable job of translating it into actual English or simply interested enough to educate yourself, I'm impressed. Nice summary.

Just wanted to toss in other work you might also find interesting.

Humans get their brains zapped, too, in the name of their medical care, as well as science. Wilder Penfield, the eminent Canadian neurosurgeon did exactly that to map out the famous sensory and motor homonculus (homonculi, perhaps), so familiar to students of neuroanatomy.

Interestingly, the so-called "awake craniotomy" is still done today (for the strong of stomach, Googling it leads to videos of the procedure). It allows neurosurgeons removing a brain tumor to do so while preserving as much function as possible for patients once the operation is done.

Neurosurgeons and the ravages of stroke have provided many of the experiments in nature that tell us what happens to people when particular parts of the brain are injured. In the cognitive realm, language, memory, and to a somewhat lesser extent, visuospatial function have been most amenable to this sort of analysis.

But sometimes, it's possible to get glimpses of more elusive concepts, such as the underpinnings of creativity. The idea that shutting down some of the left brain can release artistic ability is ridiculously interesting.

To combine lesion analysis with zapping things, there is research suggesting that electrical stimulation of a particular part of the brain can relieve severe depression.

I'll put a (shorter!) comment on a few other approaches after the next section.

Thanks. Yeah, that is a great post on Penfield, I love Neurophilosophy. I didn't realize that he was the one who mapped the motor cortex, even though I knew of him as the guy who zapped people while awake in surgery.

Regarding my background, I have an undergraduate degree in the History of Science (with a focus on psychology and psychiatry) and a graduate degree in cognitive psychology. Now I am an assistant professor of psychology here at Randolph-Macon College.
I noticed you mentioned that you had been on the admission committee at a professional school (over at All Things Education), are you an academic too? Also, thought you would enjoy, Rachel called you "Amy" and I said "Amy who?" and she said "Amy Gdala". lol.

I figure Penfield would be tickled that the awake craniotomy is not just back, but makes it a lot less likely that a patient will be devastated after brain surgery.

To the extent that somewhat at a professional school can be an academic, I suppose I am. I'm always amused that society demands that those who teach K-12 be formally trained in how to, er, teach, but that no such similar demands are made of those who educate undergraduate, graduate, and professional students.

History of science... now I understand these great posts. You learned to reason and to write.

Regarding my handle, in addition to being called Amy, I also am asked whether I'm that Natalie Portman character from The Phantom Menace. Heh.